If you follow my stuff only here, sorry.  I only had one post all year. Seems like it was a busy year but when I stopped to look I really didn't do much drawing. I  started off the year putting "Leaves" together.  The artwork for Bunny Blues / Leaves #6 which concluded the story arc was done back in September '13 in time for SPX. The "Leaves" TPB made it's debut at SPACE '14.  I also had Oh,Comics! #22 "Time" ready for SPACE with my 4 page story, "Chronos Musca Domestica", which was completed in October '13.  The only artwork I did was the cover for "Leaves" which you can see in the post below and a Minicomics Day minicomic, ZZZ!!! that I did at the Indie Comics Fair back in March. There it is in the pic with the other minis that were produced that day. 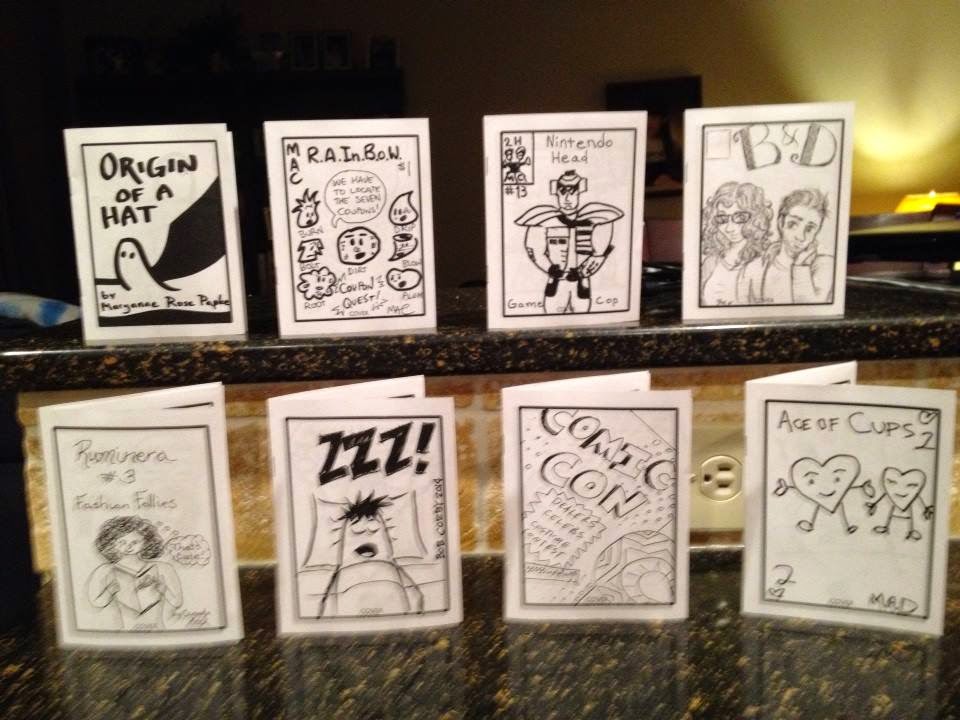 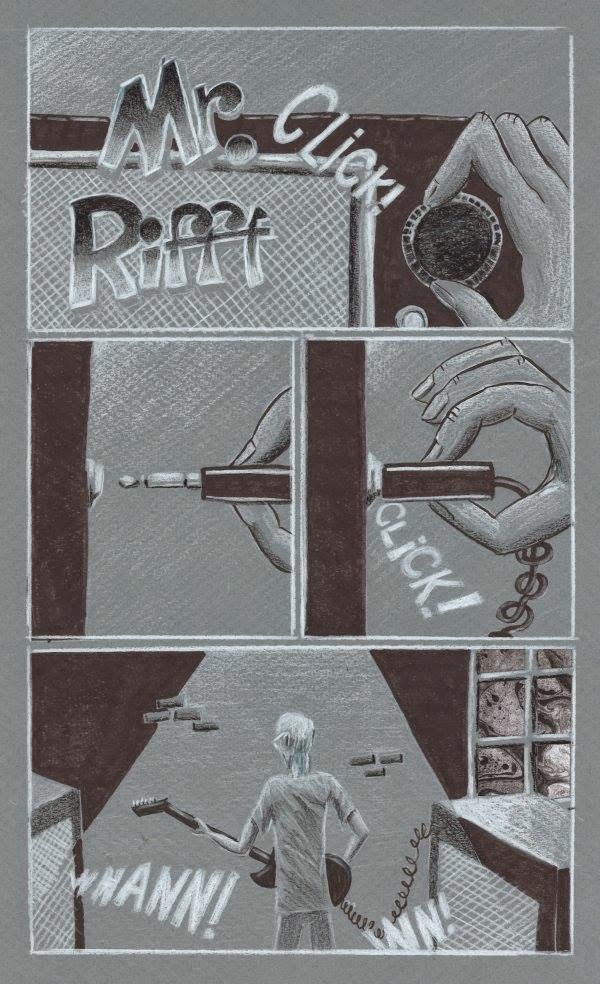 I also finally finished the coloring of "Invasion of the Blood Sucking Martian Crunchies" which has been around forever.  I had that book ready for "Return of the Killer Crafts" back in October. 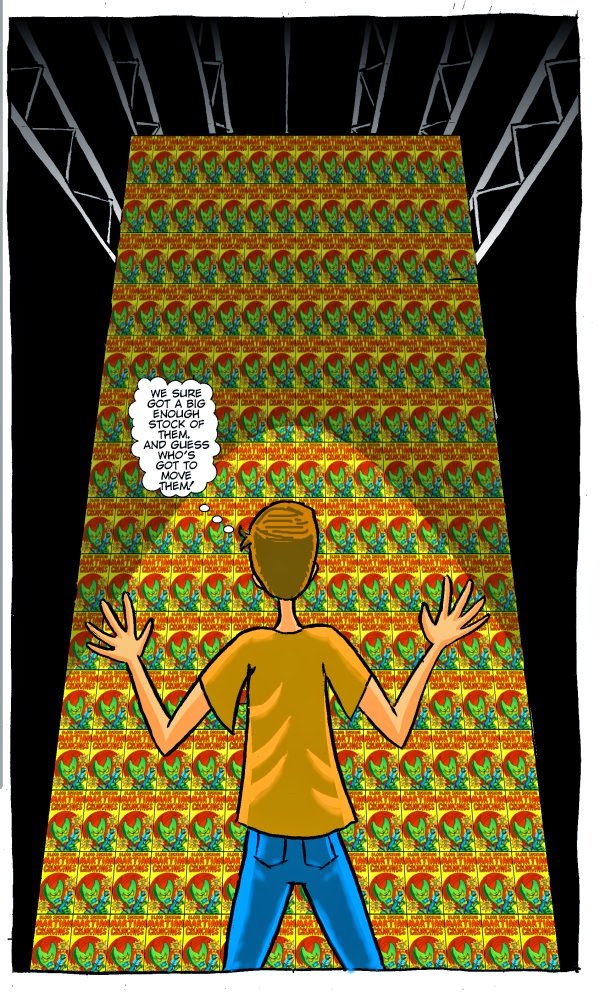 I haven't figured out what the next big project is.  You can read about the possibilities from my previous post.  I did write most of my cataract story that I've been meaning to do but it's very word heavy and I need to see how to cut it and make it work as a comic.
I also have put together all my old Science Fiction and Fantasy stories into one 180 page volume entitled, "Amazing Tales of Entropy" which will be available at SPACE 2015.  It includes Gremlin which hasn't seen print in a decade or more.  More about that in a future post. I'll have a sample copy with me at all my post-SPACE stops. 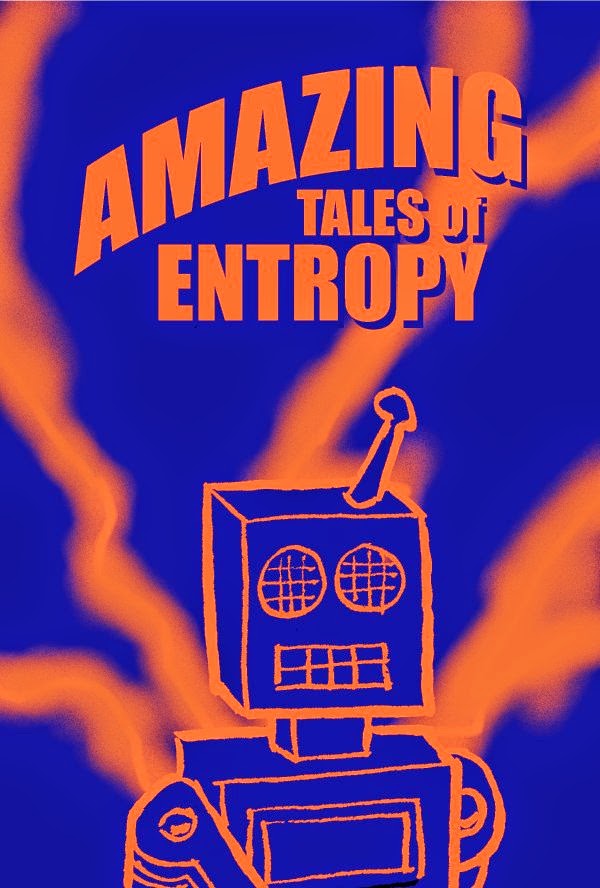 Speaking of stops, here's a list of all the shows I did this year which is another reason I didn't get much drawing done.  Probably my busiest year yet.
I.C.E. (Independent Creators Expo) Dayton OH February 1, 2014
MSU Comics Forum East Lansing MI February 22  2014