Back Porch Comics 2013 and Beyond!

2013 is coming close to an end.  It's been the busiest year ever for Back Porch Comics.
Started off the year working on the 2013 edition of SPACE. We hit: 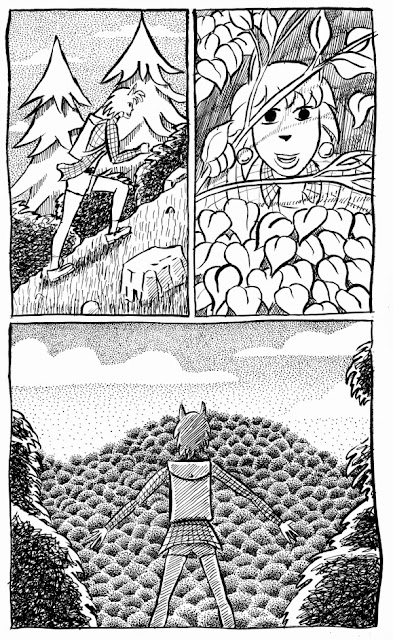 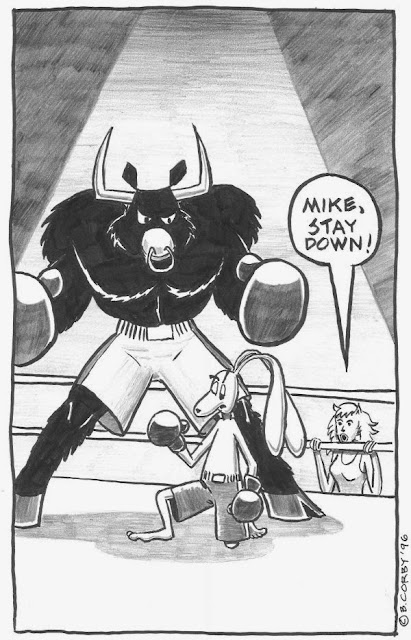 As far as comics I finally finished Bunny Blues / Leaves #6 in September.  I'm hoping to collect all 6 issues plus some of the Oh,Comics! shorts into a TPB in time for SPACE.  I had to re-scan and re-letter the first two issues because the resolution was too low. 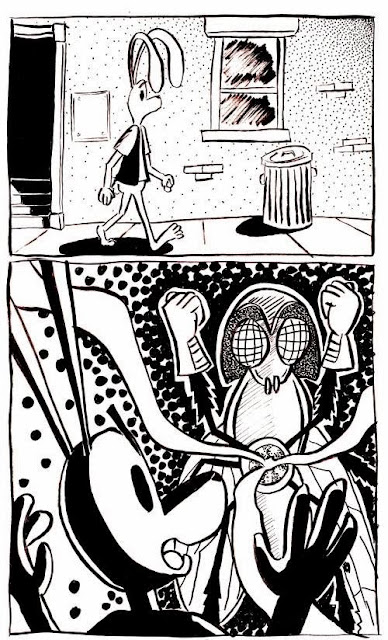 Oh, Comics ! #22 "Time" is in the works.  I've completed the art for my 4 page Bunny Blues story, "Chronos Musca Domestica". 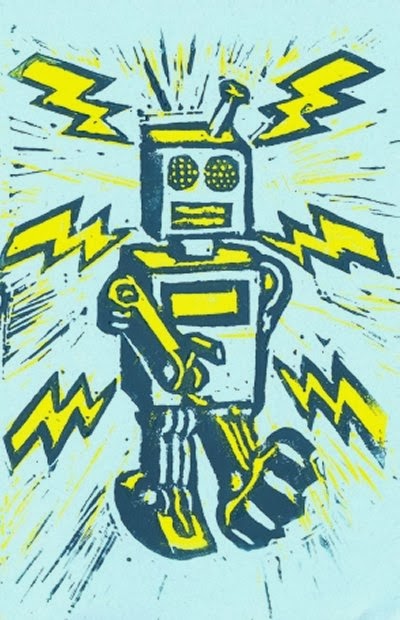 Also did a new linocut cover for a collection of  science fiction stories of mine involving robots called "Charge".
I 'm not sure what my next long term project will be but I'm thinking about starting the long form Vugz project.
Posted by Bob C at 8:41 AM No comments: